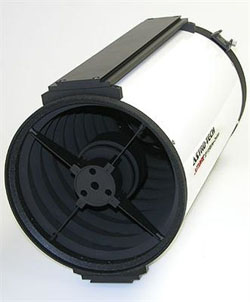 Likes:
Dislikes:
All Ritchey-Chretiens suffer from field curvature and astigmatism, which results in oblong stars at the edge of the image. This is not coma - the stars are evenly elongated toward and away from the center of the image. Fortunately this problem is magically fixed by using a proven field flattener such as the Astro-Tech ATFF2 or the Astro-Physics CCDT67.

The focuser attaches to the read mirror cell, not the back of the tube, so the weight of the camera causes the position of the primary mirror to flex. Indeed, there are times when flexure can be noticed in exposures as short as 1-2 minutes! Using an off-axis-guider (OAG) solves this and should be considered mandatory for good imaging results.

Now that all the kinks have been worked out, I absolutely love this scope! (Although at one time I was ready to throw it over a cliff.) 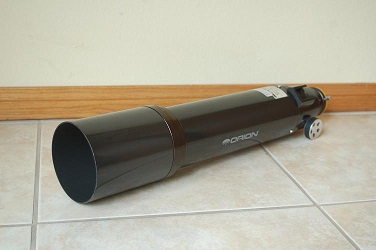 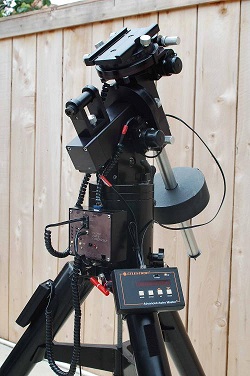 This is a heavy-duty GEM that used to be produced by Celestron to support their C-11 and C-14 SCTs from 1999 to 2003. It's basically a cheaper version of the Losmandy G-11. Although hard to find, some consider it one of the best bargains in the used mount market. In general I'm very happy with this mount, and it serves well for both observing and imaging.

I've modified the CI700 to improve the action of the clutches, and to allow for quicker and easier set up. See CI700 Mods. 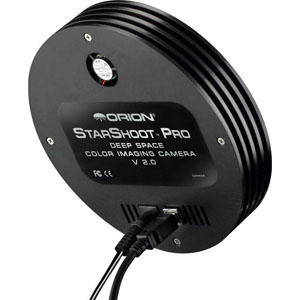 Likes:
Dislikes:
Someday I'll upgrade to a mono-system with all the neat filters, but for now I have yet to fully utilize this camera to its full potential. 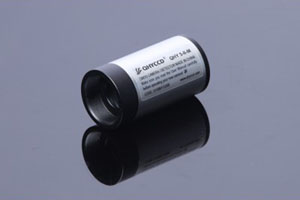 I was surprised at how easy it is to find guide-stars when this camera is used with an OAG. There was also an immediate improvement in guiding accuracy, probably due to strong
signal/noise ratio that allows more accurate calculation of the star position. Highly recommended! 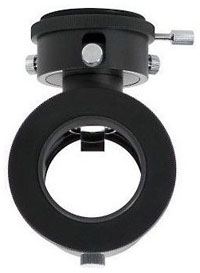 Switching from a guide-scope to this OAG completely eliminated the AT8RC flexure problems. 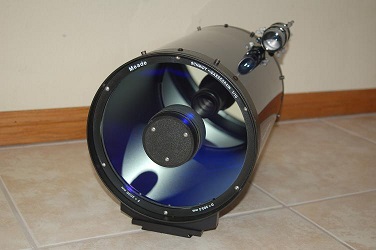 Mead 8" SCT OTA
For a few years I used the OTA from a Meade 8" LX50 SCT for long focal-length imaging. The optical quality was good, but not great. There is an expected degree of coma at the edge of the field-of-view, and the corrector lens in front presents dew problems. Over time I finally decided to upgrade to a Ritchey-Chretien. 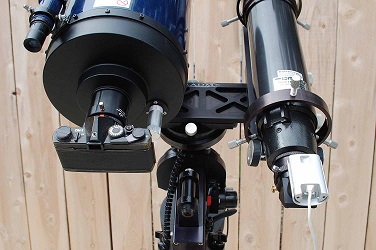 ADM Side-by-side Platform:
For a few years I mounted the Meade SCT and the ED80 on a side-by-side platform which allowed imaging or guiding through either scope. It's a convenient setup, being able to switch between wide-angle or higher magnification imaging at will. But flexure problems with the new AT8RC forced me to change to an off-axis-guider.

Before that, the ED80 was mounted on the SCT piggy-back style, but sometimes there wasn't enough room to get my head in for finding, framing, or focusing. Switching to a side-by-side platform solved that by allowing plenty of room.

Philips ToUCam Pro 740 Webcam:
Although usable as a guide camera through a guide-scope, it just doesn't have the sensitivity to guide well on anything other than very bright stars. Guiding was sometimes decent, but never great. Don't even think of using it with an OAG. I upgraded to a QHYCCD QHY5-IIM and never looked backed. 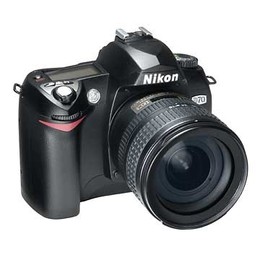 Nikon D50 DSLR
The Nikon D50 is a DSLR (digital single lens reflex) camera that uses one of the new generation of full-size format, low-noise high-sensitivity CCD chips. It's similar to the Canon EOS series, except the D50 cannot be controlled by computer software such as Backyard EOS. I had to focus using a par-focal eyepiece, and start/stop exposures using the Nikon remote "clicker". Canons or later model Nikons don't have these problems.

Nikon Infra-red Filter:
All digital cameras have an IR filter because CCD sensors are overly sensitive to red light. The result is that emission nebula lacks that vivid red we love to see, although other objects will image just fine. Removing the IR filter is difficult, but the links page may give you ideas on how to remove it. 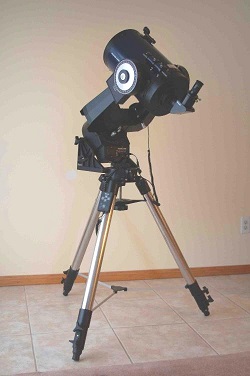 Meade 8" LX50 SCT
My 2nd scope was a Meade 8" LX50. Like most SCTs, it offers a good compromise between quality and cost. Using the same fork-arms as the LX200, it may be the sturdiest mount of any mass-produced fork-arm design. It served well for observing and a limited amount of film-based imaging. Later, I mounted the OTA (optical tube assembly) to a Celestron CI700 mount for better and easier guiding.

Jason Schmidt-Newtonian
My 1st scope was an inexpensive one from a department-store, complete with wobbly tripod. But it presented me those first wonderful sights of the rings of Saturn and the Orion Nebula., and propelled my interest in astronomy. I even used it to take photos of the 1991 Solar Eclipse and comet Hale-Bopp. The camera was mounted on the scope piggy-back, and I used the slow-motion knobs to track. (That's right, slowly turning the R/A knob while looking through the eyepiece!)